The coin staking with utility. Lock up ETHO, provide a service to the ecosystem, get paid while not increasing inflation!

What is Etho Protocol Node Staking?

The Etho Protocol node staking dashboard provides ETHO stake holders and node operators a chance to come together and profit from an Etho Protocol node, providing a valuable service to the Ether-1 & ethoFS networks, all while remaining completely decentralized in nature(1*).

ETHO stake holders are people who have 5,000/15,000/30,000 coins but don't have a VPS server to run an Etho Protocol node. Conversely, node operators are people who have VPS servers to use but not enough ETHO coins. The stake holders and node operators can come together using the staking portal and participate in a smart contract based blockchain agreement which allows both parties to safely setup an Etho Protocol node and split the rewards.

Our staking is unique because it doesn't increase ETHO inflation and it not only locks up coins, it also provides more fully operational Etho Protocol/ethoFS nodes to make our community data swarm even greater.

Stake holders and node operators interact with a smart contracts which protects both parties as well as the ETHO stake used.

Here's an example of how the process goes during an ideal node staking scenario:

Not all agreements between 2 independent parties go 100% perfectly. The stake provider is obliged to provide at least 200,000 blocks of ETHO stake to a perfectly compliant node operator. Conversely, the node operator is required to meet certain timed milestones or risk losing the Origination Fee.

Here are the official Terms and Conditions of the Staking Portal​

- Lender's additional stipulated Terms and Conditions do not supersede Smart Contract rules (1) through (6) listed above.

"Ok you convinced me! I want to put my ETHO coins and my extra VPS servers to good use & earn Etho Protocol block rewards & ethoFS content hosting fees!"

In order to use the node staking dashboard you will need an ETHO wallet. You can create an ETHO wallet using the Etho Protocol Desktop Wallet, Ether-1 Web Wallet or any software that generates Ethereum type wallets.

If you're just getting started, setup a Web Wallet as shown here: ​https://docs.ethoprotocol.com/wallets/using-ether-1-web-wallet​

If you need some ETHO to put in the wallet, the easiest way to get as much as possible is though Stex: https://docs.ethoprotocol.com/exchanges/buying-etho-on-stex​

If you'd like to get some free ETHO to test the system or get started as a node operator, simply hop into the project's Discord servers and inquire within. The community will instruct you in the best way to meet your specific use case.

Go to the portal: https://staking.ethofs.com​

Login with your wallet's private key(3*)

If your private key starts with 0x, delete this part before pasting into the login box

Fill in the contract details and select Submit

Go to the portal: https://staking.ethofs.com​

Login with your wallet's private key(3*)

If your private key starts with 0x, delete this part before pasting into the login box

Find the contract which you find pleasing and hit Select then Continue, agreeing to pay the Origination Fee(2*)

You will see the node show up in your Borrower Contracts section. From there you, node operator, will be able to use the Verify Node function and the regular instructions to setup your node: Installing/Uninstalling Etho Protocol Nodes​

Login with your private key as shown in the first two sections.

As a node operator, you have the choice to abandon the previously accepted node contract at any time. If you abandon a staking contract within the first 200,000 blocks, you will forfeit your Origination Fee to the stake provider. The only way to keep your Origination Fee as a node operator is to operate a paying node within the first 50,000 blocks and until block 200,000.

As a stake provider, you understand that your ETHO stake can potentially be locked up for up to 200,000 blocks (~28 days) if the node operator follows all milestones.

If you reset a node where you're owed the previous node operator's Origination Fee, this fee will not be paid until the node contract is removed from the marketplace. Origination Fees will accrue in the smart contract until it's removed.

Login with your private key as shown in the first two sections. Depending on what you want to do, select Reset or Remove and confirm your selection.

"Ok that's great and everything but how do I see what's going on with the smart contract? How much am I getting paid? Is the node active?"

Stake holders and node operators can both use the information menu to display all available contract information, including the status of the node.

Stake holders and node operators are encouraged to check the portal regularly in order to monitor the state of the contract and exercise the full range of their available options.

The Etho Protocol project encourages communication between community members and this agreement is no exception. We encourage the stake owner to include additional contact info in the Additional Terms/Details field.

Both stake holder and node operator have the message option in the staking contract menu. With this option, they can use the blockchain to send messages back and forward in cases where no additional contact information is provided. Make sure to check your messages regularly as a responsible stake holder and/or node operator.

(1*) Is Etho Protocol node staking really completely decentralized? Yes, it's 100 decentralized by design! The dashboard available at https://staking.ethofs.com is provided as a convenience to our community members. Everyone is encouraged to download and run a local copy of the dashboard from https://github.com/Ether1Project/node-lending. You can even modify the bundle.js file to use your own RPC server. As long as the Etho Protocol blockchain is operational and you have internet access, you can manage your node contracts completely independently! (2*) What is the Origination Fee (OF)? Stake holders select the OF amount during the creation of the smart contract. This is the fee that the node operator agrees to put up as a safety deposit. In the even that a node is not setup within 7 (50,000 blocks) days of contract acceptance or a node is allowed to go inactive (i.e., not paid due to health check fail) in the first ~28 days (200,000 blocks), the stake holder has the option to revoke the staking contract and claim the node operator's OF. (3*) Why do I have to use my private key? Is this secure? How do I get my private key? Using your private key is an easily accessible method for first adoption. You can get your private key by logging in at https://wallet.ethoprotocol.com/#view-wallet-info or by using MEW or MyCrypto's products. Using this method is as secure as any other soft wallet based method. You have the option to host your own RPC server as mentioned in (1*) above. In the future, additional methods will be provided to interact with the staking portal. 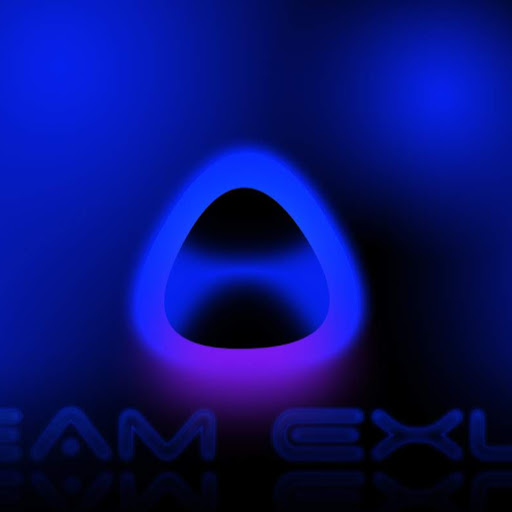